Advertising your business in the Denver Market.

The Denver broadcast stations cover quite a bit of territory. The television stations actually touch three different states in the United States with their signal.

If you are interested in advertising with any of the Denver broadcast stations, Sancus Advertising Agency can organize your campaign from beginning to end.

Typically broadcast stations cover any investment an agency would require. So you get an advertising agency dedicated to communicating with your station partners at no extra charge. 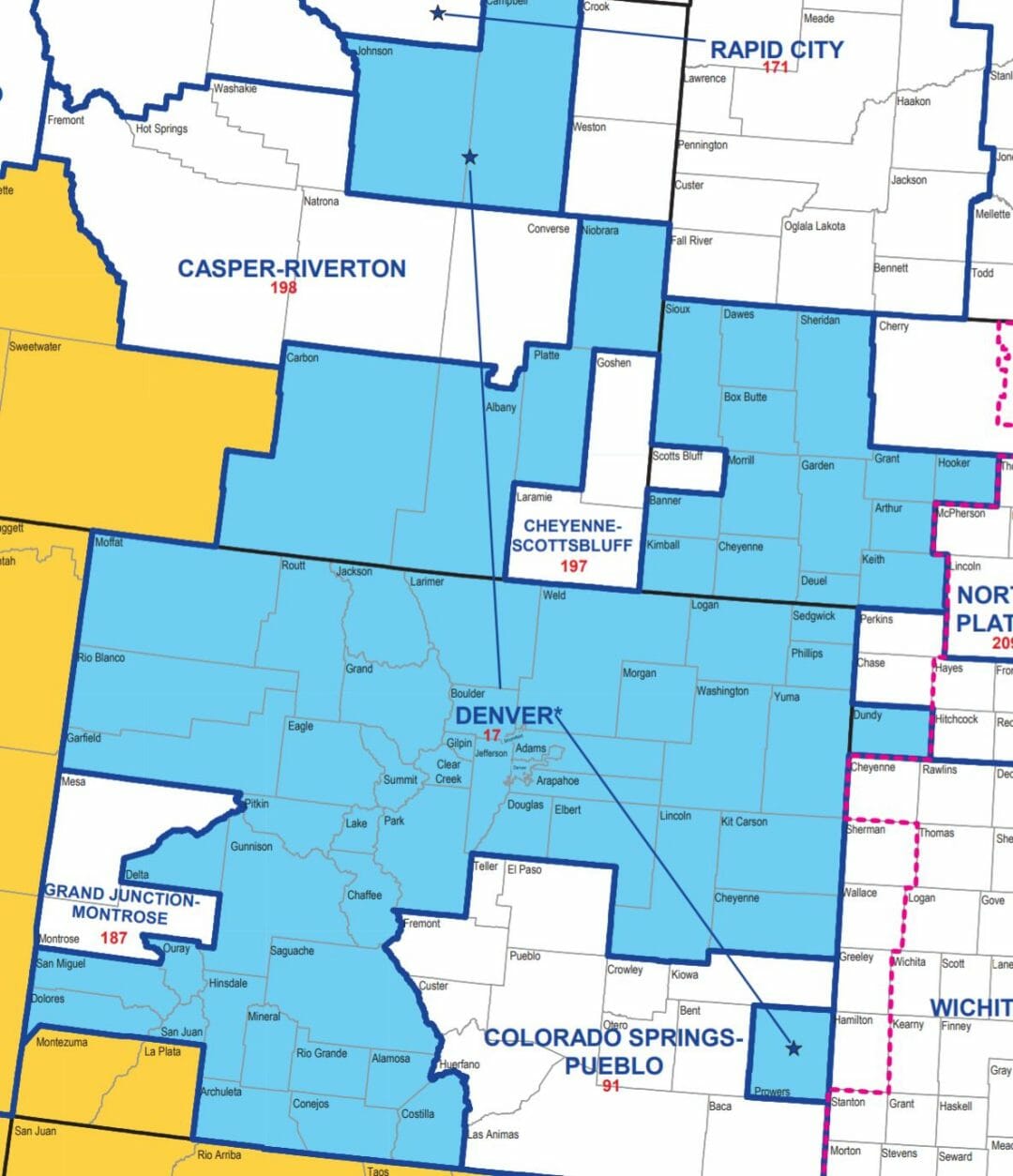 To have Sancus contact the local broadcast stations in your area, please fill out the REQUEST FREE CONSULT button below.

There is no investment required for us to start working for you! OR, if you are interested in contacting the stations on your own, please take advantage of the links below:

We are at your service, coast-to-coast.
Advertising can be complicated. Time to simplify.